“Students’ attention and engagement are directly under the control of the classroom teacher. There is no reason any student should be systematically bored, inattentive, or disengaged in any class at any grade level. #studentengagement”

Many took issue with Dr. Marzano’s tweet because when he said, “there is no reason…”   it appears that he is completely laying the blame of unengaged students at the feet of teachers. Guilting teachers into compliance is not the answer, many said. And though I don’t completely agree with his tweet, I know that there is some truth behind it.

As a 24-year classroom teacher, I worked hard to try to reach every student every day. Admittedly though, I didn’t engage all of my students every day. Sometimes it was because of things beyond my control. Often it was my own inabilities. I recall a young man whose father was in jail because of abusing him. His father was soon to be released, and this young man was really hard to reach. I wish I could tell you that I transformed this young man’s life. But frankly, I think I only scratched the surface trying to reach him, despite my best efforts over the course of a school year.

There is another reason why students are unengaged. It’s the system. The traditional education system is broken and isn’t working for the vast majority of students and teachers. I have often cited Dr. Marzano’s research where he looked at two million classrooms (it is hard to argue with two million data points), where he found that only 6% of class time in the United States is being used for cognitively complex tasks.

There is a danger, though, in blaming the system. It could lead many of us to just throw up our hands and say,  “It can’t be changed,” or, “I have no agency to change it.” I know that each teacher has the power to make a difference and to change what we have control over, namely what happens in our classes.

In the last 11 years, I have had the privilege of working with countless teachers all over the world helping them move from passive to active learning by flipping their instruction.  Teachers in every imaginable scenario from K-12 to higher education, affluent schools to “alternative” schools are reporting profoundly increased capacity to reach every student, in all of their classes, every day. Their reports are likely inflated by their zeal, but the tales of extraordinary student engagement are largely true.  They have essentially hacked the system to recover more time to engage with students. They are engaging them both cognitively, but probably, more importantly, effectively. I can’t tell you the number of emails and discussions I have had with teachers who were about to give up on education but now have a renewed sense of purpose and connection with their students.

But, let’s return to the tweetstorm and the blogs that followed. Shortly after Dr. Marzano’s tweet, blogger Pernille Ripp jumped in with her thoughts. She goes after Dr. Marzano’s tweet writing, “It is hard to sometimes believe you are of any kind of worth when you are constantly reminded of all the things you should be doing if only you were a great teacher.” I feel her pain. It never feels good to be told you aren’t enough. And when I read the comments about her post, I saw many teachers who feel underappreciated and fed up. Pernille also wrote,  “…who I am supposed to be learning from in education keeps being the same white, male, non-classroom teachers that keep telling me, this classroom teacher, what I need to do to be the perfect teacher.”

Pernille Ripp’s post was not the only one that jumped on Dr. Marzano’s tweet. Nicholas Provenzano (The Nerdy Teacher) wrote a post titled Be More Than a Hashtag where he also goes after Dr. Marzano and says: “Being absent from the classroom for too long can cause this type of empty thinking.”

Many of the Twitter replies to Dr. Marzano were vicious. They discounted his lifetime of work to education and blamed him for many of the problems in education.

After the tweet was sent, Dr. Marzano tweeted back:

I have several observations about both of these posts and the comments on Twitter directed at Dr. Marzano:

Behind all of the bitter dialogue around Dr. Marzano’s tweets, there was something very apparent. Teachers are tired. Teachers are underappreciated. Teachers feel like they have no voice. As I read their posts and tweets, I realized that we must find ways for teachers to be supported. We must find ways for teachers to support themselves. We talk about the social and emotional support of students, but these posts point out that there is also a huge need for social and emotional support for teachers. This means we need to put Maslow before Bloom’s for both students and teachers. The social and emotional needs of teachers matter. Because if we want to reach every student in every class every day, we must first reach every teacher!

Jon Bergmann
Jon Bergmann is one of the pioneers of the Flipped Classroom Movement. He is leading the worldwide adoption of flipped learning through the Flipped Learning Global Initiative (FLGI) flglobal.org. He is working with governments, schools, corporations, and education non-profits. Jon has coordinated and guided flipped learning projects around the globe. Locations include: China, Taiwan, Korea, Australia, the Middle East, Iceland, Sweden, Norway, the United Kingdom, Italy, Spain, Mexico, Canada, South America, and the United States. Jon is the author of nine books including the bestselling book: Flip Your Classroom which has been translated into 13 languages. He is the founder of the global FlipCon conferences which are dynamic engaging events which inspire educators to transform their practice through flipped learning.

How I Took Back Control of My Class, My Time, And My Life

Ending the "I Love Teaching, I Hate Teaching" Game

“I would hope that the skin color or gender of an educator or expert has nothing to do with their ideas.”

Can you say more about this? Gender and race are part of identity. Do you think that our ideas are not influenced or shaped by who we are as people?

Angela: thanks for sharing. I think you are saying that we are all shaped to some extent by our gender and race. If that is your sentiment, then yes, I am shaped by my gender and race.

But maybe what I should have said, is that the value of what I say should not be discounted because of my gender or race or occupation. It should be judged by the quality of the ideas.

Ah, I see! And yes, that is the dream, for the world to operate in such a way that ideas are judged only by their validity. 🙂 The reality, though, is that the racial and gender identity of the person sharing an idea does impact how that idea is received and whether others think that idea is valid. Put simply: men and women do not hold equal influence in the world, or in the sphere of education.

This is why it’s so important to be reflective on whose voices we are amplifying and what perspectives are being included (or not included) in our dominant narratives.

I would encourage you to examine the phrase “play the race card.” It’s generally used as a silencing tactic—as in, “*I* don’t think race is relevant here, and therefore it must not be, and you shouldn’t be bringing it up.”

A more constructive line of thinking might be, “What am I not understanding about how gender and race are related to this issue, and how can I learn more?”

Thanks for engaging in a convo here—I know you have a big heart for supporting teachers and kids, and I hope the things I’ve shared here will help further than work.

Angela: Thanks for sharing your thoughts. I always strive to learn and grow. It seems that the central issues that Pernille seems to have brought up were: (1) The complaint about Dr. Marzano’s tweet was that he said that there was no excuse for every student to not be engaged. (2) That she is tired of being told how to be a “perfect teacher,” resulting in teacher guilt.

No doubt: Dr. Marzano did not nuance his tweet to account for the many extenuating circumstances that often make reaching every student less of a reality than what we would hope for.

What got me riled up about the article is that bringing in race and gender of an educational expert (Dr. Marzano) weakens her position. I could have perhaps said it better. But though race and gender affect how we view and experience our world, I think this distracts from the big point which is how to engage and reach every student while at the same time not shaming or guilting teachers. I get it that shaming and guilting teachers is real. I see it whenever I work with schools. And as I said in the post, I think we need to put Maslow before Blooms when we talk about teachers — not just students. 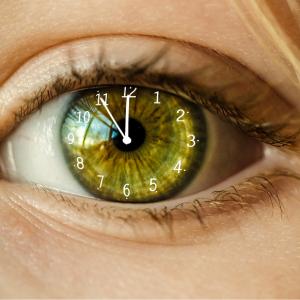 How I Took Back Control of My Class, My Time, And My Life

- by Terra Graves- When I was a classroom teacher, the school nightmares would typically begin in July. My prime relaxation...