I’m a Teacher Struggling with Depression: Am I Really Alone?

This section is focused on providing the social-emotional support we all need before we even can consider Flipped Learning. This project was developed to be the missing link in the unsuccessful efforts to move more teachers from passive to active learning.

In this section of the magazine, you can either read the transcripts or listen to the episodes of a podcast called Teachers’ Aid, with Jon Harper and Mandy Frohlich. Every topic takes on one of the biggest social-emotional challenges teachers face in search of real answers. We affectionately call this project the FLGI pyramid scheme: Maslow’s pyramid first, Bloom’s pyramid second. Enjoy the transcript below or listen to the entire show at the bottom of the transcript.

Am I Really Alone?

** This interview is lightly edited for clarity and readability.

Jon Harper: Mandy, you recently wrote a piece called “De-stigmatizing the Depressed Educator.” I found it compelling, I found it important. And after reading it, I want to know why do you think this is something that is not talked about very often? Or if it is, it’s whispered, it’s in hushed tones. Why do you think that is?

Mandy Froehlich: I think that we work so hard on making sure we’re putting our best foot forward for kids, and in general, I think education doesn’t want to make it seem like we’re not doing that. So anything that would be out of the norm is ignored, or like you said, talked about in whispers or pushed under the table. We need to make sure that people know there is no such thing as normal, that there are people who have gone through different adversities, who feel certain ways. They’re still bringing their best selves for their kids, and sometimes those things that seem, “Wrong,” are actually what give them special superpowers to deal with their student’s adversities.

Jon Harper: I don’t understand.  If someone suffers from depression or anxiety, how does that make him or her a better teacher? Why would that help a teacher better deal with a student? I don’t get it.

Mandy Froehlich: Well, I’m not sure that they’re necessarily a better teacher, but just people who have gone through different adversities have a different perspective. They often develop a different type of empathy than people who have not gone through those things. For example, a teacher who has been abused as a child may be more likely to recognize child abuse in their students.

People who have depression or anxiety may be better equipped to recognize and assist students with those things because any time you experience something it gives you a different level of empathy for somebody else experiencing that same thing.

Jon Harper: I definitely agree.  I was speaking with someone close to me recently, and this person said, “You know, I just feel like I could shatter at any moment. I feel so fragile right now,” was the word. And that was the perfect word. Sometimes  I might feel like that, I go to school and the smallest, slightest thing just, pardon my language, pisses me off, or upsets me.

I think these kinds of things go back to what we talked about before, it scares folks. They don’t want to think that we have school leaders who have depression, or teachers that have anxiety, and they’re in charge of kids, they’re leading kids. But like you said, it helps them relate to kids who have similar challenges.

Mandy Froehlich: Exactly, so I think that we have pushed this under the table for so long because we’re so afraid of somebody thinking that we’re different, or that we’re not doing the best that we can for our kids. And we don’t want to give the community or society an impression that we’re not putting that best foot forward, when in reality, I really feel like people who deal with mental health issues are absolutely putting their best foot forward, it’s just much more difficult for them, because they’re dealing with some of their other issues.

Jon Harper:  Yes, it can be exhausting.  I’ve talked about what it looks like for me in past episodes and other shows. Can you paint a picture of what it’s like on a day where your depression is in full gear? What does it feel like? What does it sound like?

Mandy Froehlich:  So, I have depression and anxiety and for me the two meld together. But overall my personality is very upbeat, I love to laugh, I love to connect with people. The most important things for me are the relationships that I form. And the first thing I want to do when my depression acts up is hide, which is completely the opposite of how I typically am.

Often, there’s this misconception that people with depression walk around sad all the time, that they’re crying. And that’s really not accurate, at least not for me. In my situation I feel like there is something sitting on my chest all the time, I feel like I forget to breathe, or that I’m not taking in deep breaths. And I think the part that makes it difficult for me is my constant negative thoughts, and those thoughts are anything from you’re fat, to you’re ugly, to you’re not really worth anything to anybody. You haven’t made any of the goals that you’ve set out for yourself.  I always feel like I have two parts of my brain, where I have the part that’s arguing with that depression part, and it’s saying okay, you know you have this issue,  so you know the cause of those thoughts. So, push them aside and get through your day.

And I really hang on to that voice to get me through my most difficult times.

Mandy Froehlich: Well, like many other people I have four kids, so I’m rarely by myself. But I read something on Robin Williams, and it said that one of the things they attributed to him is that he gave so much of himself all the time, that he didn’t have anything left.  His tank was empty, to deal with his own demons. And I think that’s why when I talk to people who have depression and anxiety, they really connect with Robin Williams. I think it’s just by the nature of our positions we give so much to students and other people throughout the day. We are serving other people all the time. We get home and we’re either alone or we have our families, and then we’re giving more, and more, and more to them. And then we’re left with an empty tank for ourselves.

Jon Harper: Right, and then you want to do something for yourself, maybe take 30 minutes, and then the guilt creeps in.  For me, sometimes I just want to be by myself for 30 minutes, and literally go upstairs, lay down under the covers, and I just turn the lights off.  I have complete silence.  But then I feel guilty because I can hear my kids downstairs, or I know I could be doing this, or I should be working on my book, or I should be writing a blog post.

I think guilt is another thing, and like you said, as teachers, as educators, we always feel like we can solve a problem, or we should be solving a problem. Does the guilt get to you too?

Mandy Froehlich: Absolutely. It’s the guilt, and it’s the fear. The fear that I’m letting somebody down. The fear that I am supposed to be doing something that makes me a better person, and I’m not doing it, and so I’m not going to get there. It’s all of those different kinds of feeling guilty and feeling fearful of all of those things.

And it’s very difficult to take time for yourself even though it is absolutely what you need to do in order to be the best person you can be for the people around you.

Jon Harper: I think you nailed it right there. Thanks, Mandy.

Listen to the episode…

I Thought My Job Was to Support Students, Not Teachers 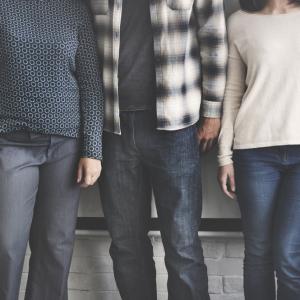 I Thought My Job Was to Support Students, Not Teachers

Jon Harper interviews school principal Danny Steele about how he learned to make supporting teachers a priority. This interview...